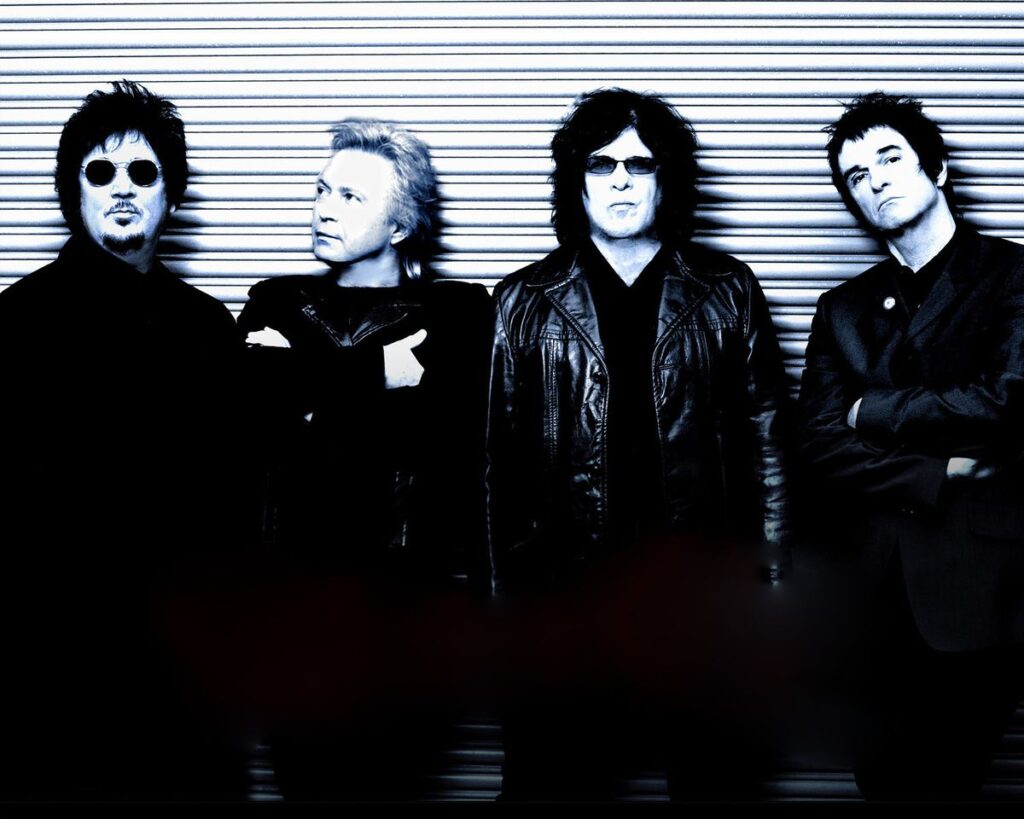 The Romantics are an American rock band, often put under the banner of power pop and new wave, formed in 1977 in Detroit, Michigan, United States. The band’s first show was on Valentine’s Day at My Fair Lady Club, in Detroit, opening for the New MC5 in 1977. They were influenced by 1950s American rock and roll, Detroit’s MC5, the Stooges, early Bob Seger, Motown R&B, 1960s North American garage rock as well as the British Invasion rockers.[1]

The Romantics achieved popularity in the United States, the Netherlands, Germany, Canada, and Australia on the strength of the band’s well-crafted pop songs, high energy shows, and their look: from black vinyl to red leather suits in their music videos, inspired by the Motown artists The Temptations and the Four Tops.[1] Their two best-charting songs were “What I Like About You”, which peaked at #49 in the US and #2 in Australia, and “Talking in Your Sleep”, which peaked at #3 in the US, #1 in Canada, and #14 in Australia. The two have since become mainstays on ’80s, classic rock, AOR, and active rock radio stations. Their debut album, released on January 4, 1980 in the UK, has the distinction of being the first record to be released of that decade.