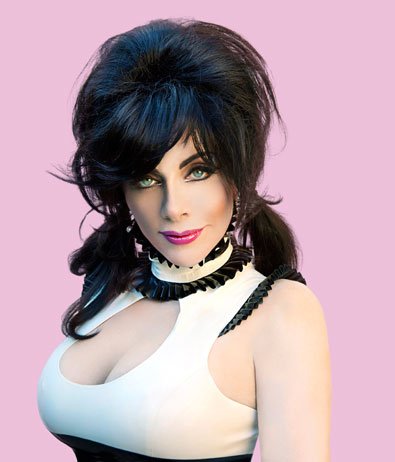 Josie Cotton – Movie Disaster Music (Scruffy Records) remember Johnny Are You Queer? from 1982? The reclusive singer is back with my pick of the week, a zesty, infectious romp that bridges the sexy cleverness of 1960s girl singer charm with the smoky cool of a James Bond theme… Josie Cotton, Movie Disaster Music (Scruffy Records): Speaking of disappearing lead singers, ever wonder what happened to Cotton, who burst onto the indie scene with the controversial Bomp Records single, Johnny, Are You Queer?, and after signing with Elektra, seemed to vanish into thin air. Although she recorded five albums over the past 22 years, she released only one, 93s Frightened by Nightingales, but has been busy creating a series of recording studios with legendary punk producer Geza X, including Malibu’s Cliffside Satellite Park, where Elliott Smith did his last album, Basement on the Hill. Thanks to the encouragement of her frequent collaborators, local producer/writers Paul Roessler and David McConnell, she finally gave in to releasing her latest effort, and its quite a departure from Josies old Go-Gos-meets-Bangles girl group pop. In fact, Cottons turned into a darkly sensuous new wave chanteuse on songs like the noir-ish Nikita and End of Story, while still maintaining her sense of humor on novelties like Kung Fu Girl, Lookin for Elvis and Happy Face, in which she drags the famed yellow smiley icon through the dirt. The only shame is it took her so long to get over her disgust with the record industry. Heres hoping the wait for the next album is a lot shorter. RT  Josie Cotton is now ready to hit the stage and do what she does best,  new Show and Tour Dates coming soon for  2021 -2022,  we hope  to see you in the Front Row!!