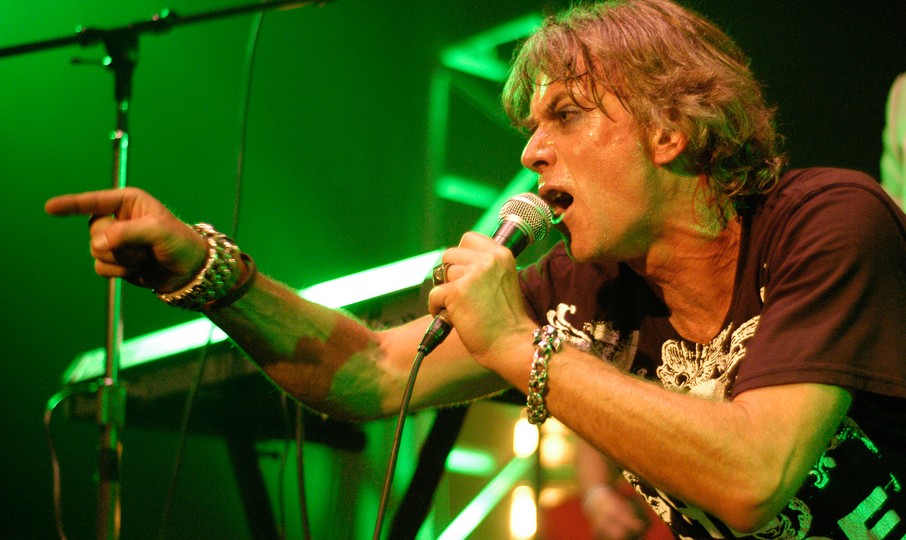 If you were a hip kid in 1986, chances are your anthem was “I Wanna Be a Cowboy” by Boys Don’t Cry. From the mouth of a trendsetter called Madonna (who said it was her favorite new song), to the airwaves of WLIR in New York and KROQ in Los Angeles to car stereos and everything in between, “I Wanna Be a Cowboy” was kitschy, cool, and a little bit calculated. A self proclaimed “spaghetti western song,” the track took on a life of its own that year, driving Boys Don’t Cry out of obscurity and onto the Billboard charts. Led by UK singer/songwriter/guitarist Nick Richards, Boys Don’t Cry weren’t a vanity project, but it wasn’t Richards’ only gig either.  Most lead singers of an up and coming band don’t own the biggest studio in all of London, but Maison Rouge was THE place to be in the 80s. Genesis, Tears for Fears, Duran Duran, Culture Club, Level 42 – everyone who was anyone recorded at “the Rouge.”

Ever the entrepreneur, Richards ran a small label out of the Maison Rouge called Legacy Records. While he was signed as a solo artist to RCA, he met his long time friend and collaborator, Brian Chatton. A talented keyboardist who’d worked with Phil Collins, Meat Loaf, The Hollies and more, Chatton signed up for Boys Don’t Cry when he sensed the passion Richards would bring to the project. After filling out the band with other musicians, BDC would record at Maison Rouge during down times when the studio wasn’t in use. After a year, they had an album’s worth of material. Keeping it on Legacy in the UK, Richards sold their self-titled debut, Boys Don’t Cry, to Profile Records in the US, who hadn’t reached the big time – yet. That year the label would go on to have huge hits with both “I Wanna Be a Cowboy” and a little RUN DMC/AEROSMITH record called “Walk This Way.”

“…Cowboy” developed into the little single that could, reaching the Top Ten on the Billboard charts in 1986, and becoming the first independent single to chart on Billboard in seventeen years. The song put Boys Don’t Cry on the map, allowing them to release two more records and play countless shows. Used in commercials, TV shows and movies (including the Bruce Willis vehicle The Last Boy Scout), “I Wanna Be a Cowboy” became the calling card for cool.

Not happy to sit on the laurels of such an achievement, Nick Richards reconvened in 2011 for another go round by bringing together his latest incarnation called “BOYS DON’T CRY AND FRIENDS- 80’s All-Star Party”.  BDC & Friends are currently booking dates for “80’s All-Star Benefit Concerts” across the USA to help children and public schools.